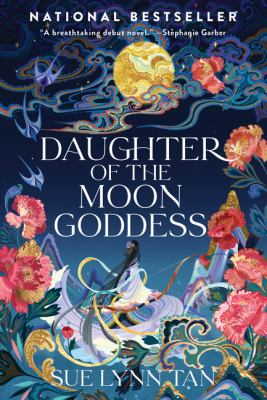 Fantasy books have always felt like home to me. From the first time I read Madeleine L’Engle’s “A Wrinkle in Time” as a kid, the genre welcomed, comforted, and astonished me. How can authors, mere mortals like myself, imagine such rich magical worlds? Decades later, I’m still finding new fantasy titles that delight and inspire me.

TJ Klune’s “The House in the Cerulean Sea” may hold the title of the most charming book I have ever read. In it, a dilapidated case worker for the Department in Charge of Magical Youth, Linus, is sent on assignment to a little orphanage to check on the welfare of several magical children. There, Linus steadily falls in love with the children and their caretaker, Arthur, until he realizes he’s found where he belongs. It should be known that one of these children is the Antichrist (called Lucy), but Lucy is more a strong-willed child with demonic powers than a literal, straight-from-the-Bible Antichrist.

Klune’s recommendation led me to Ryka Aoki’s “Light from Uncommon Stars,” which rides the line between contemporary fantasy and science fiction. Aoki focuses on a trio of women: Katrina, a transgender runaway violin virtuoso; Shizuka, who makes Faustian bargains with violin students to save her own soul from damnation; and Lan, a refugee spaceship captain whose family is building a stargate at a local donut shop. Aoki seamlessly weaves together these seemingly-disparate storylines, building a narrative about knowing, loving, and being true to yourself. This book was a transcendental delight.

N.E. Davenport’s “The Blood Trials” also blends fantasy and science fiction, this time adding blood magic to a science fiction setting. Ikenna’s just learned her grandfather, a military leader and hero, was murdered by the Praetorian Guard, the most elite of soldiers; to find those responsible, she must join the Praetorian Guard herself. Applicants must participate in a bloodbath of trials, and Ikenna will need to keep her magic a secret while she fights to survive. Ikenna’s a rough-and-tumble protagonist, and Davenport’s action-packed debut is a bloody good time.

I just started reading “A Marvellous Light” by Freya Marske, but I’m already enjoying its blending of magic and Edwardian England. Robin Blyth expects his new job as Assistant in the Office of Special Domestic Affairs and Complaints to be boring and pointless, only to learn that it actually liaises with a secret magic society. Working with his magician counterpart, Edwin Courcey, the pair investigate the disappearance of Robin’s predecessor and uncover a secret plot, all while fighting their growing mutual attraction. This book contains an abundance of verbal sparring (a must in any good British historical novel) with a unique, well-developed magical system.

The instant I saw Kuri Huang’s cover art for Sue Lynn Tan’s “Daughter of the Moon Goddess,” I knew I’d love the book. Tan’s debut draws inspiration from the Chinese legend of Chang’e, who stole the Celestial Emperor’s elixir of immortality and became the moon goddess. This work focuses on Chang’e’s daughter, Xingyin, who flees the moon to seek a way to free her mother. Tan treads familiar ground (for example, Xingyin must disguise her identity and becomes close with the emperor’s son), but her detailed prose shines, bringing Xingyin’s mythical world to life.

Arthurian legend has always held a special place in my heart, so of course I’m eagerly anticipating “Spear,” Nicola Griffith’s spin on the legend of Percival and the Holy Grail. Peretur was raised in secret by her mother, but she yearns to join the court of Arturus, so she disguises herself as a young man. Soon her untamed magic makes her unwelcome, so she joins her lover Nimüe on her Grail quest. I love retellings and reimaginings of Arthurian legend, and I’m eager to immerse myself in Griffith’s version of this classic narrative.

Holly Black’s a fixture in the children’s and young adult fantasy scene, and this May sees the release of her first adult title, “Book of Night.” Charlie Hall spent years working as a thief for magicians, but now she’s on the straight and narrow, avoiding her old life at all costs—until her old life comes knocking, and Charlie ends up on one last heist. “Gloamists,” the magicians of Charlie’s world, manipulate their own and others’ shadows, which sounds both fascinating and spooky. May can’t come soon enough, since I can’t wait to get my hands on this book.

Whichever genre you prefer, the library has plenty of books to meet your reading needs. Stop by and see what magic awaits!