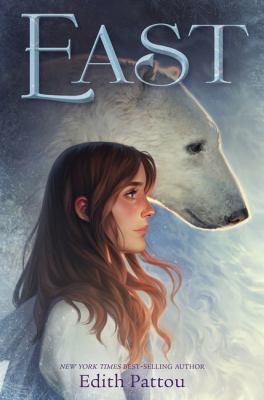 Have you ever lent someone your favorite book and been told it was too boring to finish? Do you spend more time in a video game’s character creation screen than you do actually playing it, or have notebooks full of worldbuilding ideas for a novel with no plot?

Welcome to the club! I’d recommend looking into running tabletop roleplaying games, if you haven’t already. If you have, or if you’re just interested in some ideas for building out your next world, here’re some books with interesting characters, mysteries, or narrative styles to inspire you:

One of the first things I think about when building a world is magic. If it exists, where does it come from? How does it work? While I love books full of everyday magic, or secret wizard societies existing unseen among the ordinary world, “The Midnight Library” by Matt Haig is one of my favorite examples of a fantastical story that never feels like it leaves reality.  The novel follows depressed, regret-filled Nora Haig, who explores real-life problems through an exaggerated version of what people do all the time – disappearing into a book. The story could be described as magical realism, though it’s on the list because of how the worldbuilding relies on magic to further the plot without ever focusing on it or feeling completely removed from real life. The balance of escapism and themes like mental health is why I’d especially suggest it to anyone who has to continuously resign themselves to not being kidnapped by dragons.

Next there’s Edith Pattou’s middle grade books, “East” and its sequel “West.” The titles allude to the significance of cardinal directions in the books, and the Scandinavian folk tale the series is an adaptation of, “East of the Sun and West of the Moon.”  Pattou’s worldbuilding involves taking a seemingly small, specific detail like cardinal directions and using it to create a mystery in a book that isn’t technically a mystery. This can be seen on the first page, where the narrator, titled “Father,” explains, “Ebba Rose was the name of our last-born child. Except that was a lie. Her name should have been Nyamh Rose. But everyone called her Rose rather than Ebba, so the lie didn’t matter. At least, that is what I told myself.”

If you don’t immediately want to know why Rose’s name matters so much, the book’s mystery also involves similar themes to Clare Vanderpool’s “Moon Over Manifest.” Both explore hidden family secrets and local legends, narrated through multiple perspectives using a nonlinear timeline. This can be a fun example of how to reveal a world through characters rather than omniscient narration – the family often recalls the same events across chapters, but each recollection provides a different focus, level of understanding, or version of events than the previous ones.

Another middle grade novel inspired by folktales is “13 Treasures,” the first book in a series by the same name, written by Michelle Harrison. The book follows 13-year-old Tanya, who can see fairies. This sounds like a gift…except that nobody else can see them, and these fairies are more fae folk than Tinkerbelle. In alignment with the legends inspiring the series, Tanya’s faeries do not appreciate little girls trying to tell everyone about them.

Harrison’s work shares themes with “East” like a years-old mystery involving a faraway world, though the mystery is more central in “13 Treasures.” I’ve included it because, along with having intricate worldbuilding based on mythology, the series has unique examples of common story elements, like: what counts as a “disguise;” rules for keeping magic secret; conditions for deterring magic; the definition of self-sacrifice; and, most specifically, the technicalities of how one measures time. The last one especially is an interesting way to think about whether magical beings would be beholden to human rules, which is fun to use when building puzzles.

These are by no means all of the books with inspiring worldbuilding elements. I didn’t even have room to talk about “The Silmarillion” (though neither did Tolkien). Luckily, you can find these books and similar titles through our catalog’s NoveList feature – just go to the bottom of a title to see tags such as “world-building” and “multiple perspectives,” then click on them to see recommendations.