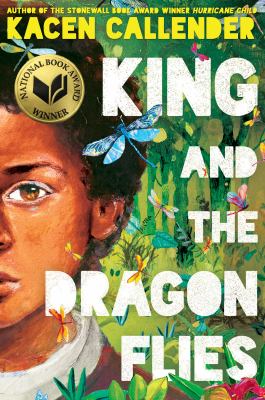 Being a tween is kind of the worst. You are discovering who you are, what your values are, and how you relate to others. On top of all that, things tend to happen that are out of your control, like your parents getting divorced, or moving away from all of your friends. The combination of these internal and external stressors causes you to look at the world in a new way, and it can feel isolating when you feel like you’re going through all of this stress and change alone. When I was a tween, I often turned to books with characters who were going through similar situations. Luckily, there are more stories like that now than ever – they are referred to as coming-of-age stories.

When I say coming-of-age stories, you might immediately think of titles like “The Catcher in the Rye” by J.D. Salinger, or “The Outsiders” by S.E. Hinton. Those are classics for a reason, but literature for young people has come a long way from social class drama and teen angst. There’s still plenty of that, but written in a way that is more accessible for young people, while portraying issues tweens are facing in 2021.  Authors from various cultures, backgrounds, and circumstances are writing stories that modern tweens and teens can relate to. Here are some coming-of-age stories that I highly recommend for readers of all ages:

“King and the Dragonflies” by Kacen Callender follows 12-year-old Kingston (King) James, as he and his family are dealing with the recent loss of his older brother, Khalid. Handling all of this grief would be a lot easier if he was still talking to his best friend, Sandy Sanders. They stopped being friends after Khalid overheard Sandy tell King a secret – he might be gay – and advised King not to be his friend anymore. “You don’t want anyone to think you’re gay too, do you?” When Sandy goes missing, and King finds him in his backyard, King is confronted with a decision – keep Sandy hidden as the town searches for him, or tell his parents where Sandy has been this whole time? Khalid’s words still haunt King, but he misses his best friend and wants to keep him safe from a dangerous home situation.

If you’re interested in a modern story that will teach you something about recent Native American history, “I Can Make This Promise” by Christine Day is a great choice. It follows Edie, who loves to make movies with her friends. Edie doesn’t know much about her own heritage, except that her mother is Native American and her father is white. Her mother was adopted by white parents and has never talked to Edie about her culture or birth family. One day, when her two best friends are at Edie’s house to talk about a film they’re making for a competition, they go to the attic looking for some popsicle molds. Instead, they stumble upon a box full of pictures of a Native American woman that looks like Edie, and letters signed “Love, Edith.” Who is this Edith? And why has Edie never heard of her?

In “Efrén Divided” by Ernesto Cisneros, Efrén Nava is the child of parents who are undocumented. His Amá and Apá work long hours to support the family. Efrén, and his siblings Max and Mía are all American-born, but Efrén is always worried about the family being separated. There have been more and more ICE raids in his neighborhood, and one of his classmates’ parents were just deported, leaving her alone in America. Efrén’s nightmare becomes reality when his Amá doesn’t come home from work one day. She has been deported to Tijuana, and now their father has to find a way to support the family by himself.  Efrén is willing to do anything to get his Amá back, even go to Tijuana by himself to find her.

You can find these and similar titles in the Young Adult Middle School Collection, and on our Coming-of-Age Stories display that is up right now in our Young Adult section.