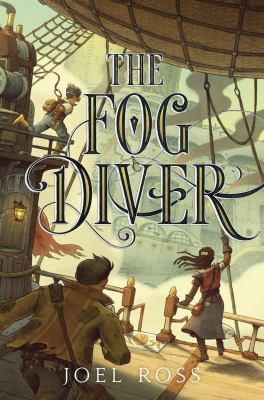 Dystopian fiction is a popular genre in books as well as movies and TV, from “The Hunger Games” to “The Handmaid’s Tale,” and we seem to enjoy getting sucked into these terrifying worlds gone awry. It can be difficult to understand the appeal, especially when the dystopia is linked so closely to our reality that it doesn’t take much to imagine it could really happen. Some people view dystopian stories as cautionary tales – make sure this doesn’t happen to your world!

In September, the library launches a new community-wide reading program, ReadMHK, aimed at building connections through reading and sharing experiences with one another. Our first month of reading “together” will focus on dystopian fiction. We invite the community to join the ReadMHK reading challenge online and read a dystopian book this month. Each month from now until May 2022 will have a different theme with diverse reading lists of recommended titles, monthly book discussions, podcasts and even some prizes for participants.

Here are a few ideas for this month:

Librarian Jan Johnson recommends “The Marrow Thieves” by Cherie Dimaline, which is also the K-State First Book choice for this school year. Dimaline masterfully tells the story of 15-year-old Frenchie who, along with other indigenous survivors of North America, is one of the only humans left with the ability to dream. In a world ravaged by climactic and environmental chaos, Frenchie and his family search for others like themselves, while avoiding the “recruiters” who would harvest them for their marrow. Beautiful and heartbreaking, Dimaline’s tale draws parallels between this dystopian world and the historical treatment of indigenous people in residential schools.

If you haven’t already given into the hype around “Station Eleven” by Emily St. John Mandel, it’s time, says YA librarian Rashael Apuya. The book starts with a bang – an actor dies onstage while performing in a production of King Lear. A man starts buying up all of the bottled water he can find before holing up in his apartment. There are rumors of people being infected with a disease that is extremely contagious. Within hours of the actor’s death, most of the population is dead. Fifteen years later, a theater troupe called the “Traveling Symphony” travels the Great Lakes region and performs Shakespeare for what is left of the population. This harrowing novel covers the fall of civilization, human connection in a post-apocalyptic world, and the power of art.

Children’s librarian Hannah Atchison suggests a favorite of hers, the 1985 Nebula award-winning “Ender’s Game” by Orson Scott Card. Ender is an eight-year-old boy who has been recruited to join a special army training academy in space. Ender is bullied, but spends his time there learning how to move in zero gravity, how to design creative battle strategies, the importance of forming alliances, and the even more critical skill of compassion. If you liked the movie, you will love the book!

I read “The Fog Diver” by Joel Ross with my son, and we were drawn in by the plausible concept of a world overwhelmed by pollution and a deadly “fog,” making it inhabitable by humans. In Ross’s tale, people now live in the highest peaks or on platforms that seem to float in the sky, with steampunk-style airships used to commute between cities and junkyards. The main character, 13-year-old Chess, sticks with a small gang of kids, known as scavengers, and their beloved Mrs. E, who has the life-threatening fogsickness. Their only hope is to take Chess fog diving, dropping him down to the surface by a long cord to search for treasures they can exchange for getting Mrs. E. what she needs to survive.

The library is planning some in-person programs this fall, following good safety practices of masks and distancing. On Tuesday, September 21, readers can gather at the library to share about dystopian books they have enjoyed and have a relaxing evening focused on our favorite pastime – reading! ReadMHK book discussions will continue on the 3rd Tuesdays each month. I can’t wait to get some more good book recommendations from others.