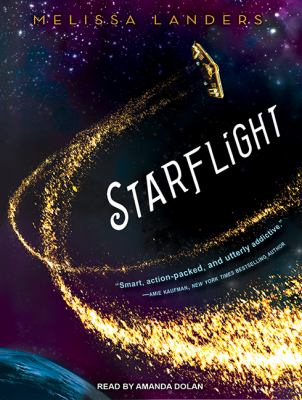 Let’s be honest, sometimes it feels like the whole world has gone crazy. It’s gone so crazy that people are trying to leave the world entirely. With companies like SpaceX trying to take off into a galaxy far, far away, it’s hard not to imagine what it might be like to live in space. Luckily for us, we don’t have to wonder. There are books out there that let us leave Earth behind and set sail for the stars, without having to drop thousands of dollars on a ticket.

You think your last breakup was bad? Try going through a breakup on the same day your planet is invaded! That’s exactly what happens to Kady Grant and Ezra Mason in “Illuminae.” Written by Amie Kaufman and Jay Kristoff, “Illuminae” follows Kady, Ezra, and the rest of the survivors through space as they try to outrun the enemy ship hunting them down. Help is nowhere to be found and they’re running out of supplies. Just when you think it can’t get worse, the ship’s artificial intelligence program, AIDEN, goes haywire. Instead of keeping the passengers safe, it starts attacking them. With Ezra conscripted to help defend the ships and Kady using all of her hacking skills to get AIDEN back on their side, they’ll have to work together if they want to survive this space race. After that breakup? Talk about awkward.

Meanwhile, in Marissa Meyer’s “Cinder,” the Earth is in danger of marriage gone awry. Aliens from Luna are attempting to take over Earth by marrying their Queen Levana to New Beijing’s crown prince, Kai. This wouldn’t be a problem, except that Levana is capable of mind-control, and she’s not afraid to use it. All other members of the royal family who could claim the Lunar throne have disappeared under mysterious circumstances. That’s where Cinder comes in. Cinder is the adopted daughter of a disgraced New Beijing family, but she’s treated more like a servant. Cinder dreams of running away, but running is difficult when you’ve only got one leg. Due to a hovercraft accident when she was a baby, Cinder has two mechanical limbs. She’s a cyborg. When she meets the crown prince, she agrees to help him find a long-lost Lunar princess to take the throne from Levana. But can she do it without being killed by the evil queen?

The only things that can make space better are space pirates. Luckily for us, “Starflight” by Melissa Landers has one of the best crews around. When Solara turns 18, she decides to move across the galaxy to start a new life. It’s difficult though, since she’s just been released from jail and she’s broke. The only person who can help is Doran, her high school bully. He’s a spoiled, rich kid with nothing to lose. That is, until he’s framed for conspiracy. The two jump on a pirate ship and head for the stars before the law catches up to them. They split their time on the ship between figuring out who framed Doran and trying not to punch each other. With the help of the captain, the crew, and the adorable sugar glider named Acorn, Doran and Solara are in a race against the police to make it to Planet X and find out who’s really behind the end of the world as they know it.

“Aurora Rising” by Amie Kaufman; Two hundred years ago, a mission left Earth to explore the planet known as Octavia III. Sadly, the mission was a failure and the ship was lost. Until it wasn’t. The day before he’s promoted to Alpha status, Tyler not only finds the lost ship, but a passenger still alive. Auri was cryogenically frozen at some point during the mission. She just can’t remember why. With the help of Tyler and his crew, Auri tries to recover her missing memories while coping with the fact that she’s 200 years in her future. But something’s off about Auri. It’s like something has invaded her mind. Something ancient and powerful. Too bad no one can tell if it’s good or evil.

Have I convinced you to jump on a spaceship yet? Maybe not. Hopefully I’ve convinced you to check out some books though. Don’t forget to log your reads in the library’s Summer Reading Program. We’ve got tons of prizes to give out, and luckily, we’re a lot closer than a world away.