Home » Blog » Best of the Best in Children’s Books

Best of the Best in Children’s Books 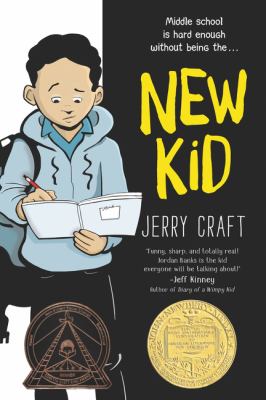 Looking for new children’s books with a range of styles, topics and diverse characters?  Try the Association for Library Service to Children (ALSC) list of Youth Media Awards for 2019.

In 1922, the Newbery Medal for the most distinguished American children’s book became “the first children’s book award in the world,” according to ALSC’s webpage. On the newer end, the Pura Belpré Award was established in 1996 for outstanding books that portray the Latino cultural experience, and the American Indian Youth Literature Award was started in 2006. Getting a shiny sticker on the cover of your book means selling more copies, making it onto more booklists, and most importantly, reaching more readers and inspiring more young minds.

Here are a few titles from the amazing books on the awards list at ala.org/alsc.

The Undefeated by Kwame Alexander, illustrated by Kadir Nelson, is a short but powerful work of art. The text is a poem which was first performed by Alexander in a video on ESPN’s website, theundefeated.com, a site that highlights “the intersections of race, sports and culture.” The poem’s video is inspiring on its own, but the poem paired with Kadir Nelson’s striking illustrations will leave readers in a dazzle of emotions — proud, angry, sad, amazed, hopeful. The Undefeated is a poem to be read aloud, and then studied again alone, feeling the power behind the bold, persistent, and talented black leaders, athletes, soldiers, slaves, musicians and children. It’s no wonder The Undefeated walked away with not one, but three impressive awards last week – the Caldecott Medal for best picture book, the Coretta Scott King Award for best art by an African-American illustrator, and a Newbery Honor for most outstanding contribution to children’s literature.

This year’s Newbery Medal winner is a graphic novel by Jerry Craft called New Kid, the tale of 12-year-old Jordan Banks’ entrance into a mostly white, elite middle school in a current day setting. Jordan finds out quickly that the new school brings many challenges, from racism and bullying to making new friends and trying new activities. His old friends don’t know what to think of him anymore. He doesn’t know what to think of girls anymore. Luckily, Jordan has his Dad and Mom to fall back on, as he humorously records his trials and failures by drawing in his notebook. Jeff Kinney, author of the Diary of a Wimpy Kid series, calls his book “funny, sharp and totally real!”

Dancing Hands: How Teresa Carreño Played the Piano for President Lincoln, written by Margarita Engle and illustrated by Rafael Lopéz, won the Belpré award for best illustration. Beautiful, bright scenes of Venezuela contrast with the dreary grays and browns of war, there and in the United States, when Teresa Carreño’s family is forced to flee her country in 1862. Teresa’s amazing talent at the piano is soon recognized, though, and at the age of 10 she had already performed with famous orchestras and large audiences when President Lincoln invited her to play for his family. The picture book focuses on her visit to the White House and the power of music to lift broken hearts.

Winning the picture book award for American Indian Youth Literature, Bowwow Powwow: Bagosenjige-niimi’idim celebrates an Ojibwe powwow through the eyes of a young child, Windy Girl, and her dog Itchy Boy. Brenda J. Child’s story, translated into Ojibwe by Gordon Jourdain and illustrated by Jonathan Thunder, brings together the historical and present day powwow traditions. As the dancing goes late into the night, Windy falls asleep and dreams of amazing dog dancers and all of their dance styles, fancy clothing and drum beats. The American Indian Library Association (AILA) also gives an award to best middle grade and young adult books, and lists several honor books, creating a great booklist for anyone wanting to read more stories with Indigenous characters.