Home » Blog » Talk About Literature in Kansas: “Living with the Land”

Talk About Literature in Kansas: “Living with the Land” 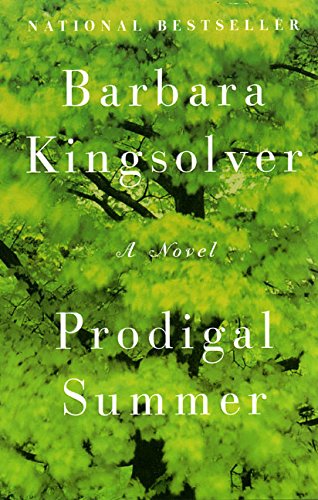 Join us at the Manhattan Public Library for Talk About Literature in Kansas (TALK) book discussions on March 19th, April 23rd, and May 21st.  The theme is “Living with the Land.” (The following descriptions are provided by Humanities Kansas.)

Much of human history viewed nature as an enemy to be tamed, conquered, or endured. Today, faced with accelerated loss of the natural world, increasing numbers of people have begun to recognize the natural world’s value and worry about how best to keep its ways – and the livelihoods and cultures that have specifically adapted to exploit a certain kind of environment – from being lost. The characters in this series ask themselves what the place of nature can or should be when the world is becoming increasingly complex and “unnatural.”

In Pearl Buck’s “The Good Earth,” Wang Lung, a poor peasant who “makes good” by caring about and acquiring land, has unfailing help from his wife but values her only for her labor and sons she supplies. Their sons, brought up in an industrializing China, stray from their father’s commitment to the land and to older values.

Rachel Waltner Goossen will lead this discussion on Thursday, March 19, at 2:00 p.m. She is a history professor at Washburn University specializing in 20th century U.S. and women’s history. She received her Ph.D. in history from the University of Kansas. Rachel joined the TALK program in 2008.

The novel “Prodigal Summer” by Barbara Kingsolver focuses on three sets of intertwined lives. Forest ranger Deanna Wolfe tries to protect coyotes from a Wyoming rancher. City-girl Lusa Landowski must decide whether to take up her dead husband’s farm despite the in-laws’ disapproval. Long-time neighbors feud about changes and choices in the modern world.

Anne Hawkins will lead the discussion of “Prodigal Summer” on Thursday, April 23, at 2:00 p.m.  She teaches U.S. history at Washburn University, and U.S. and world history to homeschooled youth across northeast Kansas. She received her M.A. in History from the University of Kansas. Hawkins joined the TALK program as a discussion leader in 2012.

Set at the end of colonial Africa, Dinesen’s memoir, “Out of Africa,” idealized the African land and those living in harmony with it, as compared with what she saw as the failings of the industrialized West. The beauty of Africa and its animals, along with the relatively undisturbed life of its people, are all lovingly described.

The discussion of “Out of Africa” will be led by Anne Hawkins as well, and will be held at the Manhattan Public Library on Thursday, May 21, at 2:00 p.m.

All three books are now available to check out at the 2nd floor Reference Desk at Manhattan Public Library.  Take a look, and join us for these lively afternoon discussions, sponsored by Humanities Kansas and the Manhattan Library Association.