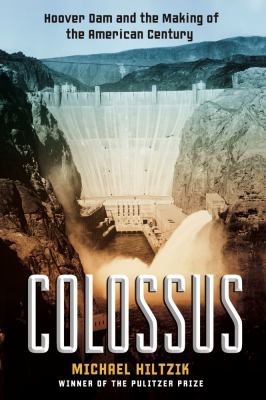 In times of stress, I find myself escaping into nostalgia, taking a break from my current existence and losing myself in a simpler time. To be fair to my present, that simpler time probably wasn’t any better, but time has the welcoming ability of blurring the harsh edges and giving everything a rose-colored hue, thus allowing me a bit of escapism and a chance to catch my breath.

I first noticed myself doing this in grad school when I needed an escape that wouldn’t increase my mental load. This led to rediscovering old favorites from my childhood. Today I go back, not only to escape stress, but also to revisit different periods in my life and rekindle old memories.

In my twenties, I worked at a movie theater and had all the time in the world to read stacks of books. My interests were all over the place, but I spent a lot of time reading historical nonfiction. A few of my favorites are “Salt” by Mark Kurlansky, which showcases the importance of salt throughout the history of the world; “Longitude” by Dava Sobel, the story of how John Harrison came to invent the marine chronometer to help sailors at sea determine their location; and “Colossus” by Michael Hiltzik, about the building of the Hoover Dam. Prior to construction of the Hoover Dam, J. Gregory Tierney fell from a survey barge and drowned in the Colorado River on December 20, 1922. Exactly thirteen years later, on December 20, 1935, Tierney’s son, Patrick Tierney, became the last person to die during construction, after falling to his death. As Hiltzik put it, this was a rather “mordant bookend of the project’s record of human loss.”

In college, I read the classics, because I feel like that’s the time in life when you not only have the time to do that, but you’re also still trying to figure out your place in life. I read Ayn Rand, both “The Fountainhead” and “Atlas Shrugged.” I found both to be interesting, if unnecessarily long, but neither was really my thing. I enjoyed “Catch-22” by Joseph Heller because it was humorous and had an interesting format. After reading it, I purchased the movie through Blockbuster (gone but never forgotten) and liked it almost as much as the book. Library patrons now have access to Kanopy, an online video streaming service, where you can check out up to 10 movies a month, including the original “Catch-22.”

Kurt Vonnegut dominated my high school years, “Welcome to the Monkey House” in particular, and Jules Verne dominated my time in middle school. Reading my grandpa’s old copies of “Popular Mechanics” featuring flying cars, and Verne’s visions of the future, led to hours of trying to envision what my future would look like. I’m sad to admit my predictive prowess pales in comparison to Verne’s, and is certainly far less grand.

My fourth grade teacher, Mrs. Lackey, introduced me to the “Goosebumps” series by R. L. Stine. I was a bit distracted in class that year, maybe even distracting, so things could have turned out much differently. Instead, I walked away with only positive memories, a bag of confiscated toys, and a fondness for “Goosebumps,” a series that was creepy and funny, and maybe just a little bit scary, but nothing I couldn’t handle with the lights on.

As a child, I was enamored with Laurel & Hardy. My grandpa had a collection on VHS tapes, and I am still impressed with how durable VHS tapes are. I must have watched each one somewhere in the neighborhood of a thousand times, and, much like Laurel & Hardy, they never failed me. One of my favorites was “March of the Wooden Soldiers,” which you can check out any time you want using Hoopla, another one of our online resources. I’d also recommend the 2018 film “Stan & Ollie,” featuring Steve Coogan as Stan Laurel and John C. Reilly as Oliver Hardy. Both actors clearly cared for the person they portrayed and went to great lengths to personify them, even down to the smallest mannerisms.

Recommending something to someone can be tricky because we all like different things, but I bet you know yourself pretty well. So instead, I’ll simply suggest, that every once in a while, you escape into nostalgia. Hit the pause button on whatever is currently stressing you out, take a break from living in the future rather than the present, and indulge in your past. The familiarity is comforting.