Home » Blog » Standouts in Adult Fiction for This Fall’s Readers

Standouts in Adult Fiction for This Fall’s Readers 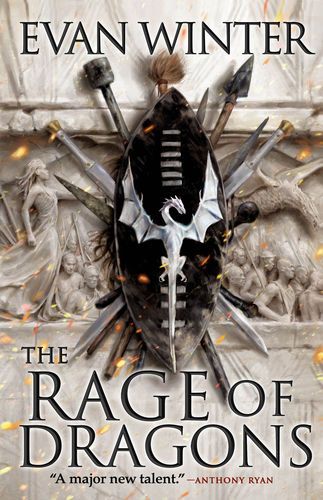 The autumn publishing season is always exciting for adult readers.  Cooler weather coincides with one of the biggest annual releases of new books, and the library is receiving new titles almost daily.

As always, there are long-awaited books from favorite authors, as well as surprises from new writers.  You might consider one or more of the following if their plots appeal to you:

THE DUTCH HOUSE by Ann Patchett marks the return of a perennial favorite author.  Patchett, the author of BEL CANTO, which won both the Orange Prize and the PEN/Faulkner Award in 2012, has written another outstanding novel.  This lovely book follows the travails of Danny and Maeve Conroy, whose lives are disrupted when their wealthy, divorced father remarries a younger woman with two daughters.  When the father dies unexpectedly, the stepmother eases them out the door of the family mansion, and informs them that she has inherited the father’s wealth.  While Maeve is a grown woman, Danny is still a child, and so Maeve becomes the parent he no longer has.  Thus, the book follows the closeness that Maeve and Danny share, and we see the siblings struggle to build new lives.

What’s remarkable about this book is the complexity of relationships.  Danny, for example, does not remember his real mother who deserted the family when he was a baby, so when the mother comes back into the lives of her children, he feels a great deal of indifference toward her and resentment toward Maeve for her renewed attachment to her mother. The language of the book rings true: we feel the rejections and the recoveries that are part of the human condition.

THE CHESTNUT MAN by Soren Sveistrup is ideal for fans of Stieg Larsson (GIRL WITH THE DRAGON TATTOO) or Jo Nesbo (THE BAT).  This new Nordic crime mystery takes place in Copenhagen, where the tortured and mutilated body of a young mother has been found.  Near her body, detectives Thulin and Hess locate a little doll made of chestnuts.  When a second mutilated victim is found, yet another chestnut doll is found, so signs seem to point to a serial killer at large.  Further investigations pinpoint a connection to the long missing teenage daughter of the minister for social affairs.

Those who like grim murder tales with graphic violence will find the book appealing.  Set against a dismal background of approaching winter, this mystery has a complicated link to past savagery.  Author Sveistrup is a creator of successful TV series, and this book will be adapted for a Netflix series.

RAGE OF DRAGONS by Evan Winter is an action-driven epic fantasy.  Though the book really came out in the summer, it’s ideal for late night reading in cooler months.  In an ancient Africa cursed with ever-present war, a young man named Tau is determined to avoid war by injuring himself purposely.  But when he witnesses the murder of his father at the hands of an upper caste bully, he changes his plans and vows to become a great warrior so he can seek revenge.  Thus, his life becomes a pain-ridden struggle to become the best of combatants.

What makes this a standout?  It’s an initiation story of a young man who will not let himself be discouraged from his goal.  It’s also a story of the mysteries behind the power of dragons that can change the course of a battle.  And it’s a discovery of brutal techniques used in hand-to-hand combat.  I thoroughly enjoyed this fantasy and am happy to tell you it’s the first part of a projected trilogy.

Yet another book worthy of mention is CILKA’S JOURNEY by Heather Morris, author of THE TATTOOIST OF AUSCHWITZ.  This new historical novel is based on a true story of a struggle to survive.  It involves a sixteen-year-old girl who is sent to Auschwitz-Birkenau Concentration Camp in 1942.  She does what she has to do to survive the horrors of the camp, and is charged with sleeping with the guards when the war is over.  Sent to a Siberian camp after the war, she adjusts to the harsh life of the prison camp as best she can.  This incredible tale of one woman’s fortitude is a must from an award-winning author.

For the books mentioned above and so much more, take a little time to scan the new book shelves in the library.  You’ll be happy to find that title that’s just right for you.