Movies That Keep You on the Edge of your Seat 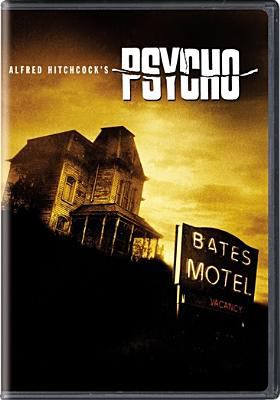 Suspense is defined as that state of uncertainty that makes us anxious. It’s an uncomfortable feeling, but one we often enjoy in books and movies. It’s related to surprise, but not exactly. Alfred Hitchcock explained the difference in this way. Surprise is when a couple is sitting in a café and a bomb goes off. Suspense is when we, the audience, witness someone placing the bomb under the table, we watch the couple sit at the table, and maybe we even see the timer ticking down, before the bomb explodes. We’re not surprised there was an explosion, but we were in suspense anticipating it.

The website Ranker.com lists the best of suspense on film. All of these movies are available at the library.

Several films directed by Alfred Hitchcock, including “Psycho,” “Rear Window,” and “North By Northwest,” are included on the Ranker.com list. Mother-dominated Norman Bates manages the Bates Motel in “Psycho.” Marion Crane, with the $40,000 dollars she has stolen from her employer, decides to stop for the night at the Bates Motel. She’s the first guest in weeks, Bates tells her, along with strange stories about his mother. Exhausted from hours of driving Marion decides to take a relaxing shower. You know what comes next, and wait until you meet Mother Bates.

“Rear Window,” features photographer L.B. Jeffries whose broken leg has him confined to a wheelchair in his apartment. He entertains himself using binoculars to watch the neighbors. One set of neighbors in particular are Lars Thorwald, and his nagging wife. When one afternoon Mrs. Thorwald’s nagging suddenly stops, Jeffries makes up a scenario where Thorwald has murdered his wife and disposed of her body. The trouble is that Jeffries theory might be correct.

“North by Northwest,” is a tale of mistaken identity. Innocent advertising executive, Roger Thornhill, is kidnapped and chased across the United States by agents of a mysterious organization. They are convinced he is a spy and they are trying to prevent him from blocking their plan to smuggle government secrets on microfilm. Anything else I tell you would be a spoiler.

Movies based on novels by Stephen King, including “Misery,” directed by Rob Reiner, and “The Shining,” directed by Stanley Kubrick also made the list. In “Misery,” novelist Paul Sheldon survives a severe car wreck, only to end up in the nursing clutches of a reclusive fan of his work, Annie Wilkes. She becomes distraught when she discovers that Sheldon has killed off his popular character, Misery Chastain. She holds him captive until he can write a new Misery novel.

“Jaws,” directed by Steven Spielberg, and based on the novel by Peter Benchley, frightened millions of movie goers from ever going to the beach again. It’s the height of tourist season, and a shark is terrorizing the sun loving beach goers of Amity Island. Mayor Vaughn sends Police Chief Brody, visiting ichthyologist Hooper, and local fisherman Quint to take on the Great White in Quint’s boat “The Orca.” Chances are they’re going to need a bigger boat.

“The Departed,” directed by Martin Scorsese is the tale of questionable loyalties and identities set in the South Boston organized crime scene. Billy Costigan is a young cop assigned to infiltrate the inner circle of crime boss Frank Costello. Collin Sullivan is a street-smart criminal who has penetrated the police department in order to report their every move to that same crime boss. Each man is in a race against time to reveal his counterpart before his identity is exposed by the other.

“Alien,” directed by Ridley Scott follows the crew of the commercial space tug Nostromo and their encounters with the Alien, a deadly extraterrestrial set loose on the ship. The crew lands on a rocky moon to investigate a distress signal, discovering that it comes from a derelict alien ship. Warrant Officer Ripley translates part of the transmission, determining it to be not a distress signal, but a warning. Meanwhile, Executive Officer Kane discovers a chamber containing hundreds of large egg-like objects.

Don’t forget to bring the kids to the library parking lot at 6:30 pm on Sunday, October 27 for Trunk or Treat at the Library, sponsored by the Kappa Kappa Gamma sorority.