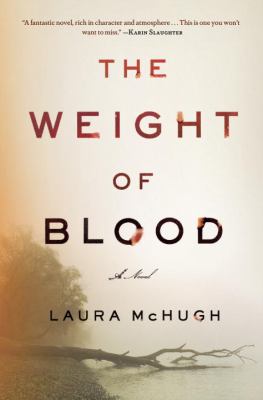 We’ve all heard the antiquated phrase “flyover country” when referring to the Midwest. Nebraska has even adopted a tourism campaign stating “honestly, it’s not for everyone,” and many of us have seen the local merchandise proclaiming, “Kansas – it’s not that bad!” While Midwesterners may joke about the perception others have of their homeland, they bring to light the under appreciation and underrepresentation of rural life. Wander through the fiction stacks at a library or bookstore and you can find novels and series alike taking place in New York City, Los Angeles, Washington D.C., and other metropolitan settings, yet few of these stories settle in the Midwest. However, popular mediums have recently developed a fascination with rural life (see films “Three Billboards Outside Ebbing, Missouri,” and “Nebraska,” and top 40 songs “Old Town Road” by Lil Nas X feat. Billy Ray Cyrus and “Meant to Be” by Bebe Rexha feat. Florida Georgia Line). If the interest in (non-romanticized) country life is growing, where can one go to find literature that resonates with their personal life experience, or perhaps, enlighten the circumstance of their neighbors?

I began with J.D. Vance’s popular “Hillbilly Elegy.” Vance’s memoir  provides excellent and necessary background to the underrepresented people of the Midwest, but if you’re interested in a perspective closer to home, Sarah Smarsh’s memoir “Heartland: A Memoir of Working Hard and Being Broke in the Richest Country on Earth” details life on a southern Kansas farm, and her upbringing in a working class family. Like Vance, Smarsh attempts to bring light to the socioeconomic factors that plague an often forgotten group of citizens in the Midwest. The experiences of these men and women sparked my journey to discover the niche genre of rural noir books – also affectionately tagged as “country noir” or “hick-lit”. Please note these titles may contain profanity, illegal substances, and sexual material. Ask a librarian for more details if you are sensitive to any of these topics.

Iowa native Laura McHugh paints a gritty and dark atmosphere within the Ozark Mountains, driving a strong, suspenseful narrative in McHugh’s first novel, “The Weight of Blood”. The narrative follows sixteen-year-old Lucy Dane’s investigation into the murder of her friend, and the possible link to the fable surrounding her own mother’s disappearance years before. A discovery will force Lucy to question where her loyalty lies. In keeping with the themes of missing girls and family secrets, McHugh’s second novel “Arrowood” follows the homecoming of Arden Arrowood, returning to her family’s abandoned estate after her father’s death. Upon arriving, Arden discovers an armchair detective has been researching the disappearance of her twin sisters twenty years before, determined to find an answer to the unsolved mystery. Together, they reconstruct the timeline of the hazy summer day and uncover family secrets that have been buried for almost twenty years. Located in a once thriving, but now failing town in Iowa, McHugh uses details from her upbringing in small Iowa towns to create a believable atmosphere despite the unreliable narrator. Her latest work “The Wolf Wants In” takes the reader to Blackwater, Kansas, a rural suburb of Kansas City while retaining McHugh’s themes of family secrets, missing people, and murder. McHugh currently resides in Columbia, Missouri.

Hailing from Hugoton, Kansas, Bryn Greenwood holds an MA in Creative Writing from K-State and nominations for her novel “All the Ugly and Wonderful Things”. With a lyrical writing style, readers are introduced to Wavy, the daughter of a drug dealer, who has been forced to grow up much faster than other children her age. The Oklahoma-based tale follows Wavy through multiple narrators from childhood to early adulthood. Greenwood introduces many difficult topics like child abuse, sexual abuse, intergenerational attraction, and others, which may be upsetting to some readers. Greenwood creates an incredibly resilient, resourceful, and complex character in Wavy, if readers are willing to be challenged by her harrowing childhood. Greenwood currently resides in Lawrence, Kansas.

The titles listed above are the tip of the hick-lit iceberg. For more recommendations, visit NoveList with your Kansas eCard!