Home » Blog » Blast Off with Books About Space Travel

Blast Off with Books About Space Travel
By Eric Matthews, Circulation Supervisor 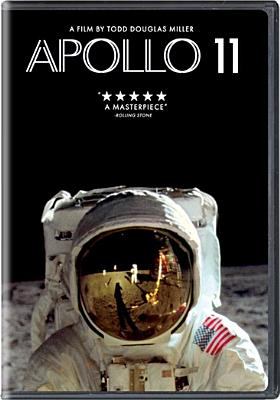 With this week marking the 50th anniversary of the Apollo 11 moon landing mission, there is a renewed interest in all aspects of the early days of rocketry and the 1960’s fever pitch of space travel. From the first testing of V-2 rockets that ultimately propelled us to that “one giant leap for mankind” and through the end of the NASA Apollo program in 1972, the Manhattan Public Library has a nice selection of material that focuses on those heady days of the space race so many years ago.

The book I have enjoyed the most thus far, and highly recommend, is “American Moonshot” by Douglas Brinkley. This book is able to juxtapose John Kennedy’s seemingly lifelong desire to explore new frontiers and expand the boundaries of human possibility with German scientist Wehrner von Braun’s borderline obsessive desire to master the technology of ballistic missile and rocket technology until it seems that those forces were destined to merge and create something that had never been accomplished in the history of human exploration.

“…this nation should commit itself to achieving the goal, before this decade is out, of landing a man on the moon and returning him safely to the Earth. No single space project in the period will be more impressive to mankind, or more important for the long-range exploration of space; and none will be so difficult or expensive to accomplish.”

With those words spoken in front of a joint session of Congress on May 25, 1961, President Kennedy expected that America would pick up the gauntlet he had boldly laid down and be at the forefront of space exploration, and in the process, beat the Russians in this crucial game of global (and now universal) one-upsmanship. Keep in mind, when he said the above quote, Alan Shepard had been the only American in outer space and for no longer than 15 minutes. In the almost decade leading up to the moon landing, there would be numerous setbacks and failures along the way for both sides. The Americans would lose Astronauts Roger Chaffee, Gus Grissom and Ed White in the Apollo 1 fire and the Russians losing Cosmonauts Vladimir Komarov and the first human in outer space, Yuri Gagarin. With these tragic problems, it was debated whether or not America should even continue such a dangerous, and incredibly expensive endeavor. Despite all of this, the methodical milestones and triumphs would lead to the ultimate success that came to define the exceptionalism of the American space program.

Another solid recommendation you can pick up at the library is the movie “First Man” directed by “La La Land” director Damien Chazelle and starring Ryan Gosling as the titular first man on the moon, Neil Armstrong. This film really gives you the feeling of all the hard work, sacrifice and alienation that astronauts and their families had to contend with.

Sticking with movies, “Apollo 11” is a fantastic documentary that chronicles every aspect of the first moon landing mission from the transport of the Saturn V rocket to the launchpad, to seeing Johnny Carson in the spectator grandstand to finding out that the Eagle nearly ran out of fuel before landing on the moon, meaning a crash would have been likely, stranding Armstrong and Buzz Aldrin on the moon and marking a complete and utter failure of the entire space program. (Spoiler alert: they made it)

As a kid that grew up in the 80’s (in the shadow of the Challenger Space Shuttle disaster), having missed the excitement of those Space Race days, it’s such a treat to have these titles out on the library shelves. In addition to these recommendations, there’s many more items to explore about space travel, our astronauts and the deeper reaches of the galaxy. Other items in our collection you should look into are “Shoot for the Moon” by Jim Donovan, “Mission to Mars” and “Magnificent Desolation” by Buzz Aldrin and for the early days of supersonic test flights, “Chasing the Demon” by Dan Hampton and Tom Wolfe’s “The Right Stuff” which was also adapted into an epic classic film in 1983.

You’re able to find all these and so many more in our online catalog or just by dropping in and searching the shelves or asking at our Reference Desk or Children’s Desk.