Home » Blog » Start Off with a Bang

Start Off with a Bang 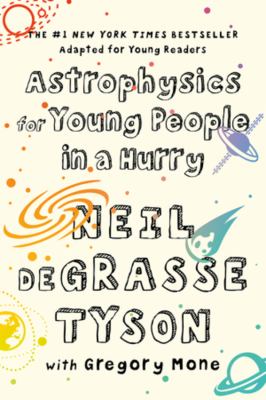 This summer we commemorate the 50th anniversary of humanity’s first steps on the moon. We plan to reach the moon again by 2028, and even Mars by 2033. The New Horizons spacecraft flew by Ultima Thule in the Kuiper Belt earlier this year, 4 billion miles from Earth. Voyager 1, launched in 1977, is 12 billion miles from Earth. As immense as these distances seem, there are right next door when you realize that the closest star, Alpha Centauri, is 4.4 light years from Earth, nearly 26 trillion miles.

The universe is a big place, and ever expanding. The expanding universe is just one of the concepts considered in the science of cosmology, the study of the origin and development of the universe. The library has a wide selection of books for the amateur cosmologist.

“The Unknown Universe: A New Exploration of Time, Space, and Cosmology,” by Stuart Clark is a groundbreaking guide to the universe and what we know and don’t know about it. In 2013 the European Space Agency published an image of the universe as it was 13.7 billion years ago. That image has sparked ongoing questions and debate about the nature of the universe. Stuart explores these arguments, whittling complex topics into clear ideas.

In “Astrophysics for People in a Hurry,” celebrity scientist and best-selling author, Neil deGrasse Tyson, attempts to explain some of the most complex concepts in terms non-scientists can understand.  He provides an introduction and overview of astrophysics. What is the nature of space and time? How do we fit within the universe? How does the universe fit within us? These are some of the questions Tyson seeks to answer in layman’s terms.

Tyson repeats his performance for younger readers in “Astrophysics for Young People in a Hurry.” With characteristic wit, he describes the fundamental rules and unknowns of the universe, introducing an exciting field and the principles of scientific inquiry to young readers

Stephen Hawking’s “A Brief History of Time,” originally published in 1988, was on the cutting edge of what was then known about the nature of the universe. Since that time, advances in technology have confirmed many of Hawking’s theoretical predictions made in his book.  “The Illustrated Brief History of Time,” updates and expands Hawking’s classic work. This edition is enhanced with hundreds of full-color illustrations, including satellite images, and photographs made possible with the Hubble Space Telescope.

When Stephen Hawking was diagnosed with ALS (amyotrophic lateral sclerosis) in 1963 at age 21, he wasn’t expected to live more than 2 years. Hawking died in 2018 at age 76 while writing “Brief Answers to the Big Questions.” This book is Hawking’s parting gift to humanity in which he presents his answers to some big questions. What are black holes? Where did the universe come from? Will humanity survive?

“The Big Picture,” by theoretical physicist Sean Carroll, discusses the origins of life, meaning, and the universe.  Carroll presents an impressive display of scientific information with the goal of convincing readers that the universe and everything in it can be explained by science. He uses analogies and thought experiments, as well as familiar references to explain complex topics. Though sometimes highly technical, this book is for a general audience.

In one of the bestselling science books of all times, “Cosmos,” Carl Sagan, traces fourteen billion years of cosmic evolution that have transformed matter into consciousness. Sagan explores a broad range of topics including the origin of life, the human brain, the death of the Sun, and the evolution of galaxies. The book consists of Sagan’s reflections on anthropological, cosmological, biological, historical, and astronomical matters stretching from antiquity to contemporary times.

“We Have No Idea,” by Jorge Cham and Daniel Whiteson, is both the title of their book and their premise that our knowledge of what makes up the stars, planets, and galaxies represent only five percent of what the universe is made of. When it comes to the remaining 95 percent, we have no idea. Cartoonist and animator Cham, along with physicist Whiteson, offer a lighthearted approach to explaining concepts such as dark matter, dark energy, mass, gravity, space, time, dimensions, the big bang, and the possibility of a theory of everything.

Don’t forget to participate in the library’s summer reading program, A Universe of Stories, waiting for you at the library.