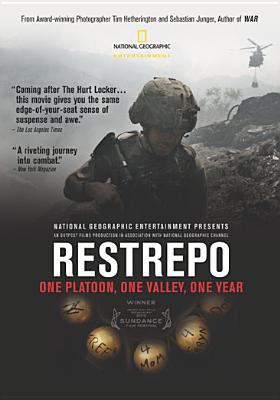 On Memorial Day we remember and honor men and women who have died while serving in the armed forces. America has endured many wars, and scholars have written countless histories of these events. Hollywood too has tackled the subject of America’s wars in a myriad of movies over the years. Here are a few examples of the wide variety of movies about America’s wars available at the library.

In “The Patriot,” directed by Roland Emmerich, Benjamin, a veteran of the French and Indian War and now a peace-loving farmer, renounces his pacifism to rescue his son Gabriel, who has been captured by the British and sentenced to hang. Father and son form a regiment of like-minded patriots to fight the British in their South Carolina home. The action is loosely adapted from the true story of Francis Marion, the Swamp Fox.

The American Civil War has been the topic of countless films. “Glory,” directed by Edward Zwick, is based on the exploits of the all-black 54th Regiment of the Massachusetts Volunteer Infantry, led by Colonel Robert Gould Shaw (Matthew Broderick), the son of influential abolitionists. The film shows the prejudice black soldiers had to endure from their white counterparts. They are given menial, demeaning tasks, but when given the chance to fight, they show tremendous courage.

World War I ended over 100 years ago. “Sergeant York,” directed by Howard Hawks is a biopic of Medal of Honor recipient Alvin York. York was a rabble-rouser in his Tennessee youth who underwent a religious conversion. When drafted into the army York was a pacifist, and declared himself a conscientious objector. York’s commanding officer convinces him that sometimes the only way to defend Democracy is to fight. York does just that. In the Argonne Forest, York kills 25 and captures dozens of German soldiers. As a result, York becomes an American hero.

Steven Spielberg’s “Saving Private Ryan,” is a stand out World War II. Three Ryan brothers have all been killed in the same week during June 1944. Private Ryan is the surviving brother serving with the airborne somewhere in northwest France in the days after the Normandy landings. Captain John Miller’s (Tom Hanks) job is to find Ryan and deliver him to safety. This film features graphic, realistic depictions of D-Day. The story follows the small group of soldiers looking for one man in the midst of the confusion of war. When one of their group is killed, some begin to question the logic of losing more lives to save a single soldier.

While the United Nations Command, Chinese, and North Koreans negotiated the Korean Armistice Agreement, UN and Chinese forces fought the Battle of Pork Chop Hill. In the movie “Pork Chop Hill,” directed by Lewis Milestone, Gregory Peck plays the Lieutenant who leads a 135-man unit on the attack of the Chinese-held hill. When reinforcements finally arrive, only 25 of Peck’s men have survived. Less than three weeks after the Battle of Pork Chop Hill, the Korean Armistice Agreement was signed ending hostilities.

Over 2.7 million Americans served in uniform in Vietnam. “The Deer Hunter,” directed by Michael Cimino, chronicles the lives of three Pennsylvania steelworkers and hunting buddies, Mike, Nick, and Steve, and their tour of duty in Vietnam. Enduring capture and torture by Viet Cong, they are forced to play Russian roulette for their captors’ amusement. Each is forever altered by the experience. Steve loses his legs, Mike returns changed to the point where he can no longer kill a deer, and Nick remains in Vietnam lost in a continuous game of Russian roulette will Saigon falls around him.

“Jarhead,” directed by Sam Mendes brings to life Marines during the 1991 Gulf War. Swofford and Troy, trained to be snipers, find themselves in the middle of a desert under a blazing sun where they’re up against an enemy they can’t always see. They endure the long bouts of boredom and brief moments of terror with their sense of humor and their friendship for their brothers in arms.

Chronicling a year in a small outpost in Afghanistan’s Korengal Valley, “Restrepo,” is a documentary by Tim Hetherington and Sebastian Junger. The remote 15-man outpost is named for fallen platoon medic Juan Restrepo. In this film the cameras never leave the valley, and there are no interviews with generals or diplomats. The entire focus is on the soldiers of Second Platoon as they fight the War on Terror.