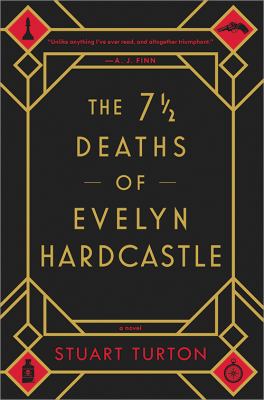 Daniel Mason, who gained much attention for The Piano Tuner some years ago, has written yet another remarkably complex novel.  At first glance, The Winter Soldier seems like a straightforward piece of historical fiction.  But a reading of the novel reveals something altogether different.  You be the judge of this excellent tale’s nature.

Lucius, the son of a wealthy Viennese couple, is a promising medical student at the beginning of World War I.  Because he wants to be a part of the war effort, he has made arrangements to travel to what he believes to be a professional field hospital.  An accidental fall leaves him with a broken wrist, but he continues on his way to his field hospital.  Unfortunately, it is an abandoned church in the middle of nowhere, with few resources and lots of wounded men.  In addition, the doctors in attendance have all deserted because of an outbreak of typhoid.  The only person in charge is a mysterious nun, Margarete, who continues to treat even the most serious of the wounded.  Since Lucius has never previously performed surgery and is hampered by his wrist, she becomes his teacher, and the two form an adequate medical team.

In fact, the two become much more than medical partners.  Gradually, our war story transposes into romance, and Lucius realizes that the person who has taught him so much about medicine and about caring is actually a mysterious character.  When the two are separated by the devastation of war, Lucius begins a journey that becomes more puzzling with each new discovery.  It seems we actually have an historical novel/romance/mystery all in one.  Not a bad thing in a tale that has great emotional depth and realistic psychological repercussions of war trauma.

For an equally complex story, you might also consider Stuart Turton’s The 7 ½ Deaths of Evelyn Hardcastle.  This novel has all the markings of an English murder mystery.  Aiden Bishop is one of many guests at a rather shabby country estate.  When the book begins, he has just regained consciousness in a nearby forest, knowing that he heard a woman scream and believing he saw some kind of pursuit going on.  He is baffled by the confusion of his memory, but thinks his return to the estate will answer all questions.

But that is not to be the case.  Soon he meets an imposing figure known only as the Plague Doctor.   The figure tells him that he has been assigned the challenge of solving the murder of Evelyn Hardcastle, and he must do so in the next eight days.  To help him with the investigation, he will be assigned to the body of a different guest each day, so that he can discover what the other guests might know about the circumstances.

That is only the first of the unusual elements of the story.  Time travel becomes crucially important in the story, as the murder has not yet been committed, so Aiden is an actor in a drama that unfolds day by day.   He must determine which characters can be trusted and which pose danger to him.  Further, if Aiden does not uncover the true crime, all events are predicted to begin over again, so the days will be repeated in unending cycles.

Baffling, isn’t it?  That is because author Turton has introduced a whole series of unexpected events.  His lengthy tale swiftly becomes a mystery/ time traveling fantasy that Aiden may or may not be able to crack.  What is initially confusing becomes an intriguing adventure in space and time.  How did Aiden wind up at the estate?  Who is Evelyn Hardcastle?  What is this creepy Plague Doctor?  Too many questions, and only eight days to solve the mystery.

The new fall novels are always special, and this year’s offerings are wonderfully creative.  Stop by the library and check out some more mind-bending tales.