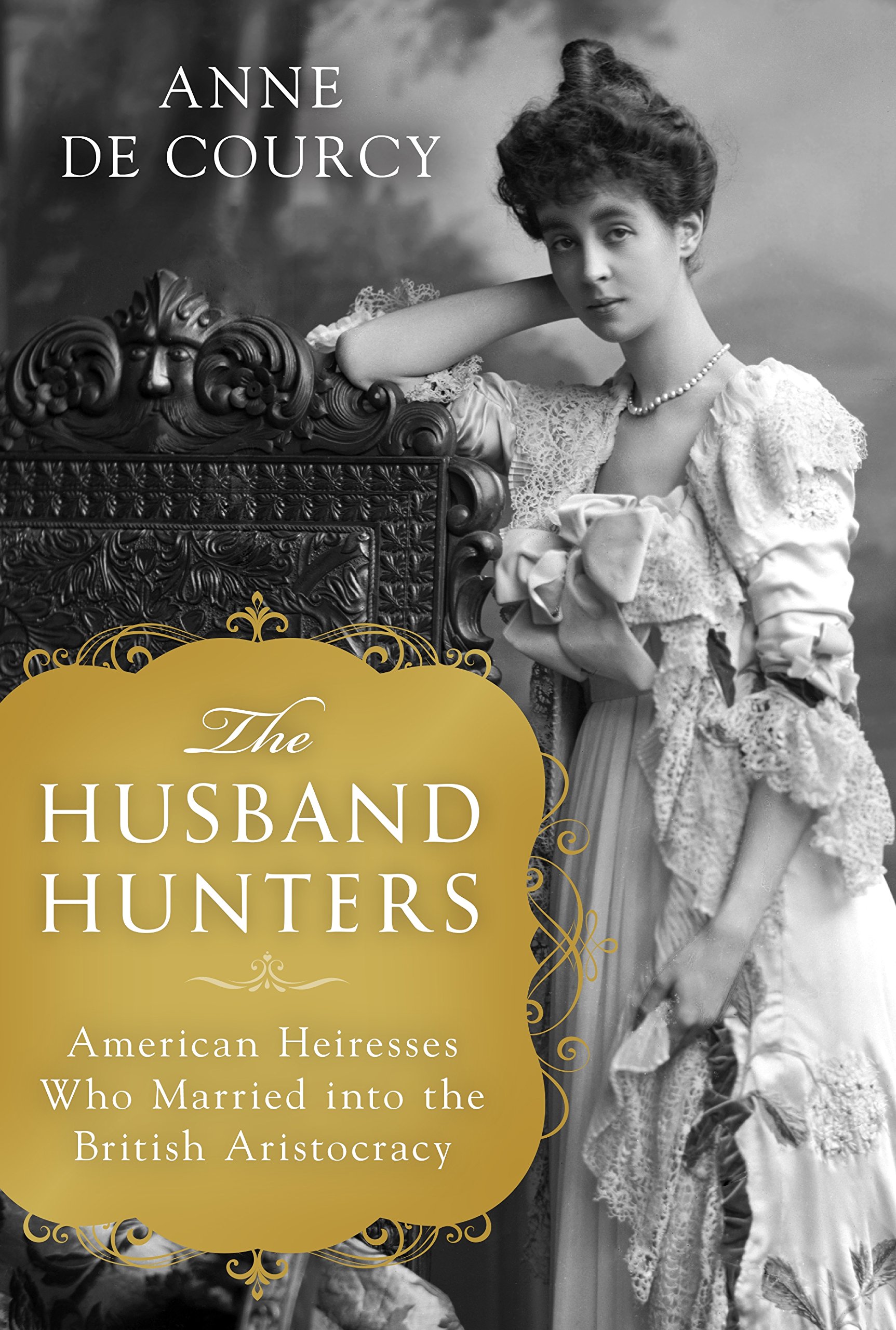 The American Push for British Marriages

Anne De Courcy’s latest book, entitled Husband Hunters, is the perfect read for the many devoted fans of Downton Abbey.  The book is a nonfiction account not of one individual, but of the many wealthy young ladies who married into British aristocracy during the 19th century.   Some have referred to those marriages as “Cash for coronets,” but the factors that played into those unions are more complex than the phrase suggests.  Here are a few insights to be gained from this fascinating account.

Most such marriages took place during a period that extended from 1870 to 1914.  For one thing, many British landowners had experienced an extensive agricultural depression in the late 19th century, brought on by repeated droughts and harsh winters.  Fortunes were depleted, and estates needed other sources of income if they were to remain intact.  For another thing, society in major urban cities, like New York City, was tightly controlled by the wealthiest of the citizenry who selected and rejected which families would be allowed into their social circles.  Such circles often rejected enthusiastic newcomers, who looked for other ways to attain status, hence the desirable interactions with the British.  Third, among the wealthiest of American families, it was often the mothers who dominated social interactions, and those same mothers felt a responsibility for arranging impressive marriages for their daughters, if not with other prominent Americans, then with British aristocrats.  As arranged marriages were quite acceptable at the time, such unions came as no surprise.   Thus, over 450 young American heiresses wed titled European men during that time period.

Of course, not all such unions were happy ones.  American heiress Consuelo Vanderbilt, daughter of Alva and William Vanderbilt, may have been educated in French, German and English languages, but she was also very strictly supervised.  Her mother banned her from contact with the opposite sex and even kept her daughter imprisoned in her Newport estate,   Marble House.  Consuelo managed to evade her mother’s control and fell in love with a young admirer, but her mother ended that relationship and bartered a marriage with the Duke of Marlborough through a hefty dowry.  Neither member of the couple was ever happy, nor did the marriage survive.

Another such marriage led to certain fame.  Jennie Jerome, one of three well educated American sisters, traveled to Europe with her mother and was instantly attracted to Lord Randolph Churchill.  Despite opposition to the union by Randolph’s father, the Duke of Marlborough, the happy couple made plans to wed.  Married in 1874, they resided at Blenheim Palace where Jennie became a noted hostess, entertaining dignitaries while wearing one of her many fine Worth gowns.  A friend of the Prince of Wales, she also led social circles in London.  While her marriage failed, she was the mother of Winston Churchill, and she continued a very social public life, in addition to working for improved hospital care.

The end of the hunt for British spouses came suddenly.  While ostentatious social balls had been hosted in New York and in Newport for decades, an 1897 affair met with social outcry.  Cornelia Bradley-Martin arranged for a great affair at the Waldorf Hotel in New York.  Chosen guests, some 86 people clad in elaborate historical costumes, attended an event that would have cost 7 million in today’s terms.  But the lavish decorations and the exquisite food that the press used to fawningly compliment caused great protest.  There was much poverty and need during these times, and people were horrified by the excess of that single night.

Another factor that brought about an end to the husband-hunting was the changing times.  Educational trends and the rise of women’s rights were major influences opposing arranged marriages.  The average person was no longer impressed with showy spending; such a show was regarded as vulgar.  In addition, the grand houses became more and more expensive to maintain and repair, something which not even American fortunes could sustain.  And finally, there was the fast approaching conflict of World War I which changed the face of Europe.  The rush for English connections was over.

This book is a riveting tale of various romances against a backdrop of Gilded Age wealth.  Downton Abbey aficionados won’t want to miss the stories of those who inspired the popular drama series.