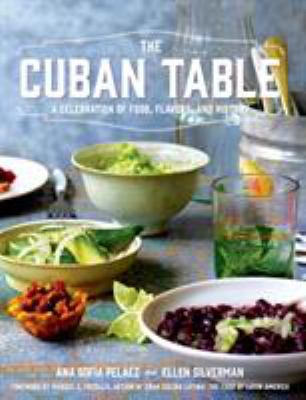 Mexican cuisine is the second most popular menu type in restaurants in the United States? Varied menu is number one, with pizza a distant third. As of April 2017, there were more than 59,800 Mexican restaurants in the U.S. That’s 9% of all restaurants. Since we’re in the middle of National Hispanic Heritage Month (September 15 to October 15), this is a great opportunity to celebrate Hispanic heritage with food.

Of course there’s more to Hispanic or Latino cooking than Mexican food, but it’s a good place to start.

In “The Essential Cuisines of Mexico,” Diana Kennedy has combined her three best-selling books on Mexican cooking “The Cuisines of Mexico,” ”Mexican Regional Cooking,” and “The Tortilla Book.” Kennedy is the recognized expert on Mexican cuisine (the equivalent to Julia Child and French cooking), and this book is essential for anyone wanting to learn more about authentic Mexican food. Chapters in the book cover courses from appetizers through side dishes, sauces, main courses, pastries, and drinks. The author includes tips on equipment and ingredients such as cheeses, chiles, spices, and herbs. The result is a fabulous assortment of recipes from the exotic Stuffed Chiles in Walnut Sauce and Turkey in Mole Poblana to familiar tacos and tamales.

Food recipe taster and editor Marcela Valladolid explains that there is more to Mexican food than globs of orange cheese in “Fresh Mexico: 100 Simple Recipes for True Mexican Flavor.”  Valladolid’s book presents a broader, healthier, and more diverse version of Mexican cuisine.  She follows a looser tradition than Diana Kennedy, using recipes with ingredients that are readily available in American supermarkets. She emphasizes “weeknight” recipes that anyone can make with a minimum of effort and a few good flavors. She offers recipes not traditionally Mexican, or Mexican with non-traditional ingredients. Examples include osso bucco with lime zest and chilis, and pastel de tres leches, made with Italian (cooked) meringue instead of raw egg whites.

How did Mexican cuisine become so popular? That’s the question Gustavo Arellano answers in “Taco USA: How Mexican Food Conquered America.” It’s no surprise that salsa is the number one condiment found in most American kitchens, but the origin of the taco is up for debate. Arellano focuses on how the phenomenon of a simple tortilla folded over fillings made it across the border. Starting as street food, the popularity of the taco grew with the mass production of tach shells. Step in Glen Bell, the San Bernadino, California founder of Taco Bell in 1951, and the rest is history.

Mexican food is not the be all and end all of Hispanic cooking. In “The Cuban Table: A Celebration of Food, Flavors, and History,” food writer Ana Sofia Pelaez demonstrates the depth of Cuban cuisine. Her book features recipes like creole fried chicken, and potaje de garbanzos (chickpea stew). Pelaez also pays attention to classic Cuban dishes like escabeche (fish in vinegar sauce), ropa vieja (shredded beef and vegetables), and the Cuban sandwich. Overall this is a good introduction to the cuisine of Cuba.

Take a whirlwind tour of Hispanic cooking with “A Taste of Latin America,” by Patricia Cartin. This book introduces readers to the culinary traditions and classic recipes of several Latin American countries, including Argentina, Brazil, Costa Rica, Peru, and Venezuela. The recipes for 70 dishes included are all accessible to beginning and intermediate level cooks. Ingredients like sweet potatoes, squash, corn, chocolate, and chili peppers, are all familiar, and they all originated in Latin America. While learning about the cooking of ten Latin American countries, you’ll also learn about the history and culture of our neighbors to the south.

In “Healthy Latin Eating: Our Favorite Family Recipes Remixed,” Angie Martinez and Angelo Sosa present recipes featuring lighter versions of classic Latin foods. Flan made from soy and almond milk, for example, and poached corn dumplings rather than deep fried. This is not a diet book, but rather the authors offering of the foods they cherish from their Cuban, Dominican, and Puerto Rican backgrounds.

In between preparing and sampling some fantastic Hispanic recipes, remember to make a trip to the library. If you don’t already have one, you can register for a library card in minutes. Then you’ll find, in the words of author Marc Brown, “Having fun isn’t hard when you’ve got a library card.”