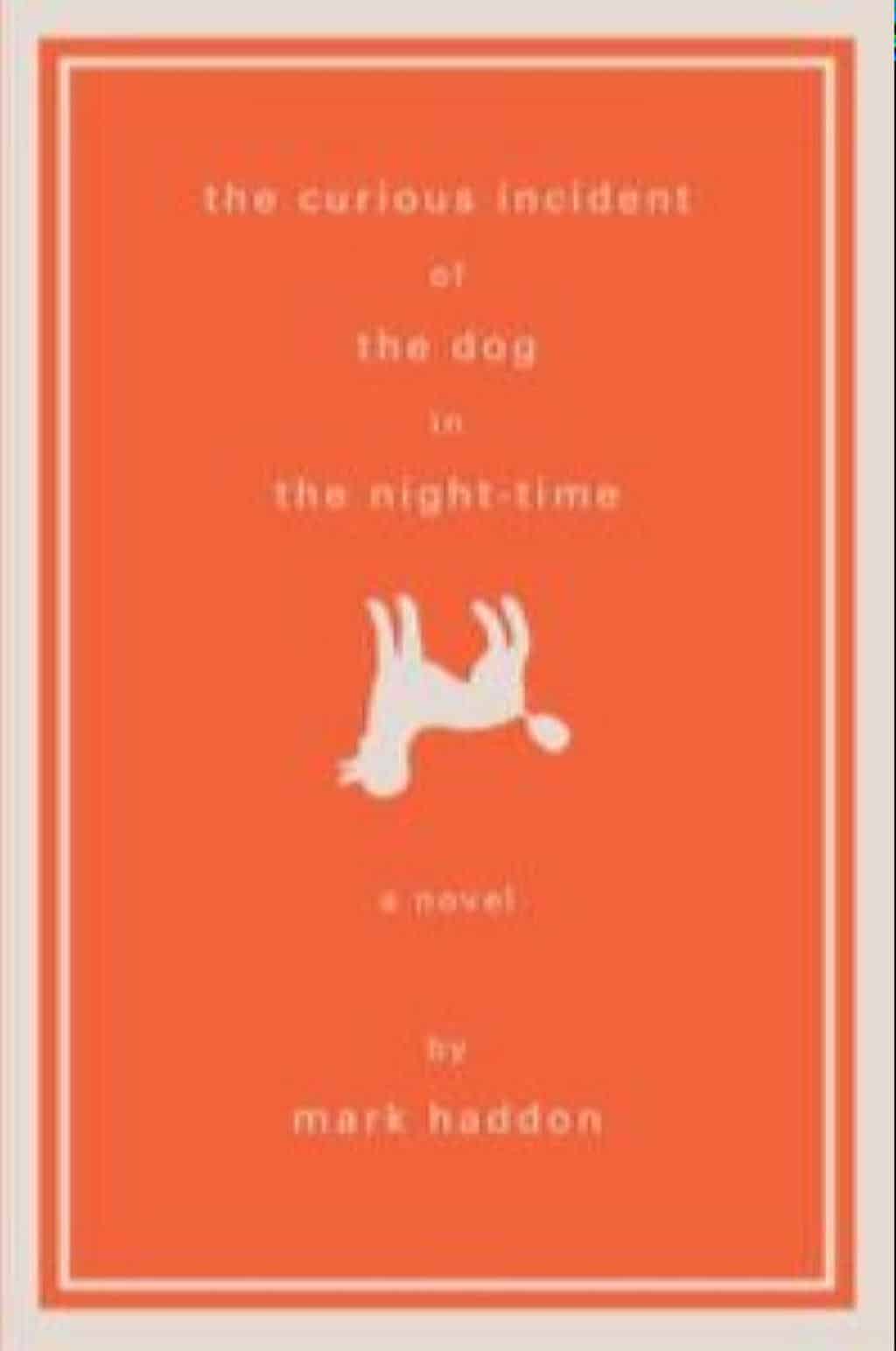 Once again K-State Book Network has picked a winner for their annual common book. The Curious Incident of the Dog in the Night-Time by Mark Haddon is written from the perspective of Christopher Boone, and what a unique perspective it is. Christopher, a British 15-year-old, is very gifted at some things such as math and physics, but he faces many challenges in other areas like human relationships. Animals are much easier for him to understand.

The book begins with Christopher discovering that a neighborhood dog, Wellington, has been killed. As he writes, “I like dogs. You always know what a dog is thinking. It has four moods. Happy, sad, cross and concentrating. Also, dogs are faithful and they do not tell lies because they cannot talk.” His love of dogs and solving puzzles leads him to investigate the murder, although he is discouraged from doing so. Christopher, however, doesn’t always do what he is asked. His affinity for animals is made clear throughout the book with his determination to find Wellington’s killer and also his love for his constant companion, a rat named Toby. Animals’ thought processes are more understandable than humans’ to Christopher.

His investigation unexpectedly opens up his world, giving him the motivation to talk to his neighbors who know who he is and obviously care for him, but whom he has never found any reason to approach before. The neighbors don’t help him solve the mystery, but they reveal truths and provide him with another source of encouragement. They also provide a glimpse into working-class British life that we don’t always get to see.

Christopher lives with his father, who loves him but isn’t always sure how to best parent him and often gets frustrated. Haddon never names why the boy is in a special education program, but he is clearly challenged in communicating with others and is sometimes overwhelmed with stimuli. His father wants the best for him, but also struggles to keep him safe. He’s been told that his mother died a few years before due to a sudden heart condition and her absence is a huge gap in his life. As the investigation progresses, Christopher keeps uncovering information that he isn’t supposed to know, and his father’s frustration reaches a dangerous and frightening boiling point. Once Christopher’s trust in his father is violated, he seeks out other people to turn to, leading Christopher on the most challenging quest of his life and his father to greater understanding of his son.

The story is told from Christopher’s perspective, which gives us an unreliable narrator, but also an entire book to be completely immersed in the mind of this fascinating character. His behavior is baffling to those around him, but when you see things from his perspective, it becomes clear that he is merely processing the stimuli he’s receiving in the only way he can.

Haddon wraps bildungsroman, adventure, scientific thinking, mystery, and much more into this gripping tale, but really it is just a great story. The Curious Incident of the Dog in the Night-Time is a dryly humorous yet bittersweet look into the life of a young man who is trying to figure out how the world works and on whom he can rely. Winner of several awards, including Library Journal Best Books, Los Angeles Times Book Prizes, and New York Times Notable Books, Haddon has created a character who will move you to appreciate those that process life in their own way.

We’ll be discussing the book at the library Thursday, September 7, at noon. You can explore the book further with a series of lectures at K-State. For more detail on the book discussion, go to www.mhklibrary.org. To find out more about the lectures, visit www.k-state.edu/ksbn.